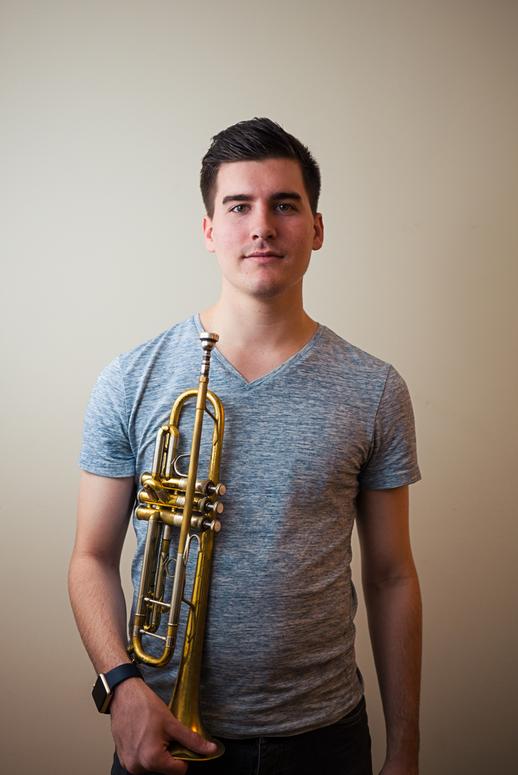 Stuart Mack is an international award winning trumpet player and composer based in New York City. Having played music for over thirteen years, Mack has received high honors such as: being a featured soloist with singer Josh Groban on the Texas leg of his "Stages" tour, winning first place in the 2015 International Trumpet Guild Jazz competition, placing 2nd in the 2014 National Trumpet Competition (Jazz Division), being a finalist for the 2013 Carmine Caruso International Jazz Trumpet Competition, being selected to compete in the 2015 Keep An Eye International Jazz Award in Amsterdam, NE, and being recognized as a 2014 Yamaha Young Performing Artist. As well, Mack has acted as the guest artist for the 2016 Bryce Luty Jazz Festival (Hutchinson, KS) and Illinois Valley Central Community College Jazz Band (Olgsbey, IL).

After graduating from Washington Community High School, Mack received a scholarship to attend the University of North Texas’s world renowned jazz program. While there, Mack played in the six-time grammy-nominated One O’Clock Lab Band for two years. Through the One O’Clock, Mack was able to travel to and headline events such as the Next Generation Jazz Festival (Monterey, California), the 2014 Jazz Education Network Conference (Dallas, Texas), as well as the Frank Sinatra Celebrity Invitational Golf Tournament (Palm Springs, California). Mack can be heard as a member and a featured soloist on Lab 2013 and Lab 2014.

Having played professionally for the past ten years, Mack has built up playing experience with various groups throughout the New York City area and elsewhere throughout the United States. During the summer of 2012, Mack was the only freshman selected across the country to play in the Disney All-American College band. There, he was able to work with the great jazz educator Ron McCurdy as well as some of the best college musicians in the country. Mack's band, The Mack Five, is quickly moving up the ranks in the music world. Having been together for the past three years, the group has already played at various venues around the country. Through Mack's various performing experiences, he has shared the stage with Jon Faddis, Wycliffe Gordon, Wayne Bergeron, Mike Stern, Cecil Mcbee, Peter Erskine, Eddie Henderson, John Clayton, Billy Harper, Franke Greene, Gordon Goodwin, Billy Hart, George Cables, Sal Lazono, Donald Harrison, and Dennis Diblasio.

Beyond maintaining a busy performing schedule, Mack is quickly making a name as a teacher. Currently, Mack is on faculty for the Texas All-Star Jazz Camp in Plano, Texas in addition to keeping his own studio. Mack teaches live lessons to students in the NYC area and Skype lessons to students across the country.